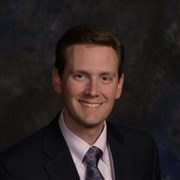 John Hatton grew up in Kentucky as a United Methodist preacher’s kid. He’s lived all over Kentucky, from Paintsville to Bowling Green and has enjoyed meeting his fellow Kentuckians wherever he has lived. John is married to his wife, Julie, and they celebrated their 22nd anniversary in 2019. Julie is a Licensed Clinical Social Worker, and her practice specialty is counseling with children and adolescents. They have a son, Emory, who attends Eastern H.S. They welcomed their baby girl, Elise Madeleine Grace in November 2019.

John graduated from Eastern Kentucky University with a Bachelor’s of Science (1997) in Occupational Therapy. John practiced primarily as a hand therapist in Bowling Green and Lexington for nine years. John then earned a Masters of Divinity (2005) and Doctor of Ministry (2013) from Asbury Seminary. He is currently pursuing a Ph.D. in Charles Wesley studies at Midwestern Seminary.

John began his pastoral service at Irvine UMC. He has also served at Southern Hills UMC as an associate, and at Paintsville Mayo Memorial UMC and Columbia UMC as senior pastor. John has also served on the Board of Ordained Ministry, as dean of the Kentucky Annual Conference Licensing School, and on the dCOMs of the Lexington, Prestonsburg, and South Central districts. John has also taught courses at Lindsey Wilson College (Religion & Spiritual Formation) and Asbury Seminary (Homiletics).

John’s hobbies include music, astronomy, wood working, and photography. He loves a great cup of coffee and looks forward to sitting down with the folks of Heartland District over a cup of joe!
Click to email 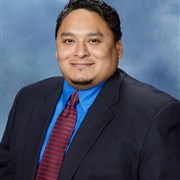 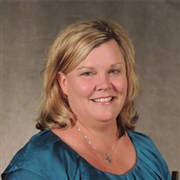 Assistant to the District Superintendent

Jill S. Starkey is the Assistant to the D.S. for the Heartland District and currently serves as the registrar and secretary of the District Committee on Ordained Ministry. In July 2020, she began serving as one of the Assistants to the D.S. in the Bluegrass District.

She is married to her husband, Todd Starkey and together they have two grown boys, Kyle & Nick.